He was born at just under 32 weeks gestation. 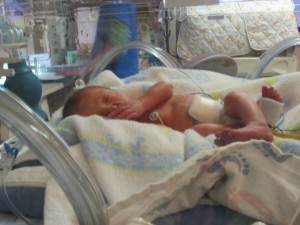 Francis, November/December 2008 (from a post about his 4th birthday)

Today is his 6th birthday.

How did he get so big? My sister says he looks like he’s about 13 in this photo, and I have to agree.

And, I should be an aunt again this summer. Francis and his new brother or sister will be 6 1/2 years apart.

Happy birthday, Francis. I love you.